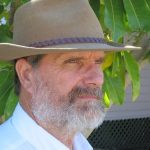 Historically the previous government indroduced a welfare card to remote Aboriginal communities to restrict their spending on substance abuse and poor food choices. The two major problems with the card is that it targeted only Aboriginal people and it did not discriminte between the socially responsible and socially irresponsible people with in the target community. We remain concerned with The Indue Welfare Card though we can see some potential benefits and we also have many concerns; it is weighing of these together that we are still struggling with to be able to find wether on balance it can be a useful tool in some communities. We have not yet come to a completed view in regard to the use of the card. The Government’s link to the card’s use and purposes is found at:  https://www.dss.gov.au/families-and-children/programmes-services/welfare-conditionality/cashless-debit-card-overview .

We recognise that there are some people on social welfare benefits that are in a social unstable situation and as such some spending control may be helpful to assist them; however, we are not fully persuaded that this is the best way forward unless there is support in other ways where some training in self-management is being put forward as a part of the program. Often in these communities the moral standards are in almost free-fall and so if cash is withdrawn without any other support, we are concerned about other harmful social actions that may be established. Some of these behaviours could include stealing, drug dealing, prostitution, begging, and scamming and none of these are seen to be lifting the communities out of irresponsible social behaviours. We think there may be better ways but we have not fully developed them as yet.   Putting that aside, we are concerned where several people on welfare may share a residence that is privately let to them may find it difficult to pay the rent to the private owner. Often people on benefits do share residences and their expenses and this could become cumbersome for many to use. I think the Department has not allowed itself to think like some of the most disadvantaged people on welfare. Sure, we do not want the money to be wasted on products that are unhelpful to the health of the families involved but perhaps we need to have a more hands on approach to supply training in choices and financial management. A large portion of current welfare recipients are generational welfare recipients and so it is almost the only thing that these people know. We do need a whole social agenda approach to the problems and we are concerned we are treating a symptom rather than the real heart of the problem.

There are so many issues that concern us that we are of the view that perhaps this program was not thought out as well as it should have been. The question is, was this a thought bubble that seemed to address a problem that emerged in a few remote communities? Or was it a well-considered policy? We are of the view that it may be of the first view as we believe that there are many issues that need to be resolved but do not seem to have been addressed.

I note, that the current government is currently removing the Indue Welfare Card as it commences the new parliamentary term in the House of Representives; this is possibly a good thing at this stage, yet we need to think if there is a role for such a card to be used in training for responsible spending.

A welfare card simular to the Indue Welfare Card is potentially useful for persons who come before the courts with various substance abuse and are prepared to enter a targeted recover and rehabilitation program where training on establishing good choices and decision making processes are central to the rehabilitiation program. The use of a restrictive spending card may be very useful in the retraining and rehabilitiation program as a person is weaned off their substance problem and begin to re-establish a more stable life style. However, the card’s restrictions must be tailored to the need and the training program for the actual person and can not be used to target only a few cultural and racial groups, it must be open to all that need this program when brought before the courts.